Ancient period and the early history of Aachen

In the countryside of the Meuse and Rhine rivers lived the native inhabitants, the celtic-gallic and germanic tribes together. When the Roman commander Julius Caesar conquered this land around 40 BC, the local warlords fought against the Roman invasion. Ambiorix, the king of the celtic tribe Eburones, won a great battle against Caesar. However the conquest could not be delayed by this. Ambiorix is mentioned in Caesars war report “De Bello Gallico”. Ambiorix was never caught. The town of Tongeren, now in Belgium erected a monument to Ambiorix.

Tongeren, called Aduatuca Tungrorum by the Romans is the oldest town in Belgium. Maastricht in the Netherlands and Aachen in Germany are also very old towns, both were enlarged by the Romans. The location near the Meuse and Rhine rivers was convenient. A Roman military and commercial road origins from the western border of the Roman Empire, a place called "Colonia Claudia Ara Agrippinensium", nowadays better known as Cologne, in an east-west direction to the French Atlantic coast and further on with ships to todays London.

It was an important road which was used up until the modern age. In the Thermal Bath Museum of Heerlen (near Maastricht), one can visit an excavated Roman bathhouse. The Romans had the technical knowledge to heat the water and the buildings. In Aachen, there were Roman bathhouses heated by hot springs. The thermal water is known for its healing powers and the Celts and Romans used it for health in the 'cold' north.

The Aachen sources made the town famous. Another name for Aachen is Aix-la-Chapelle or Aquis Grana, a combination of the Latin word for water (aquis) and the name of ths Celtic god for healing (Grannus). 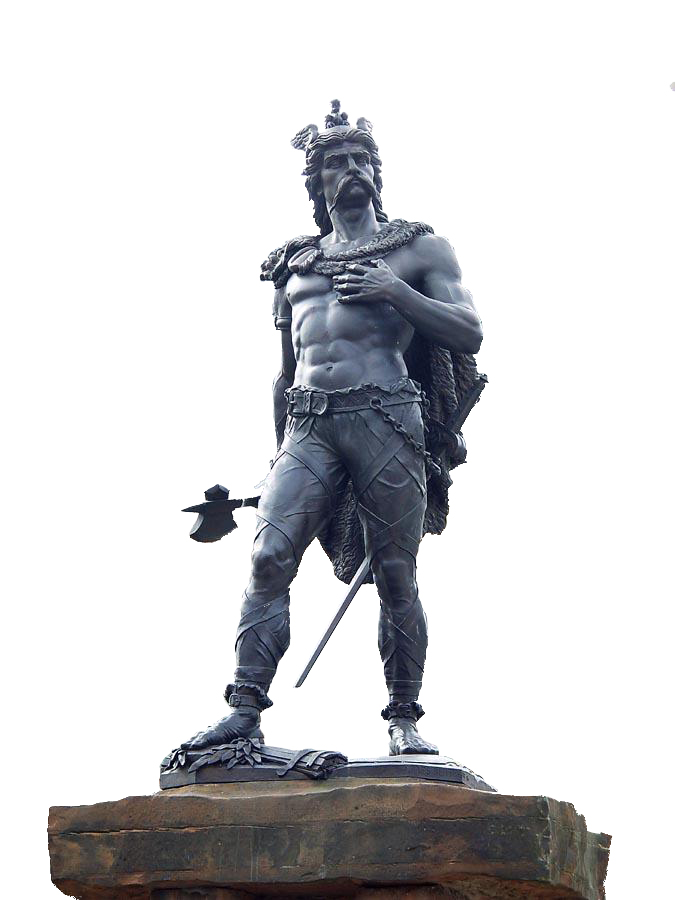 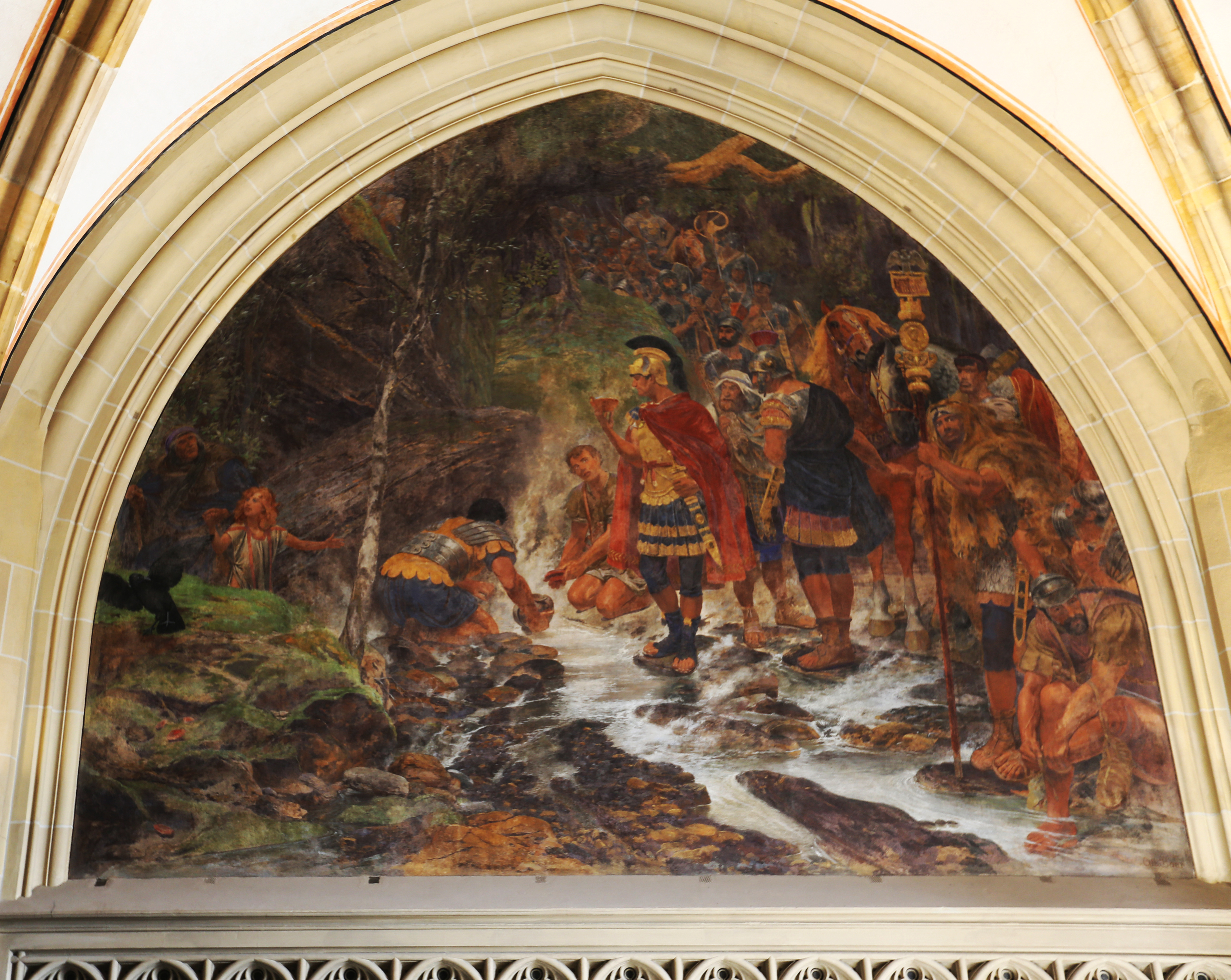 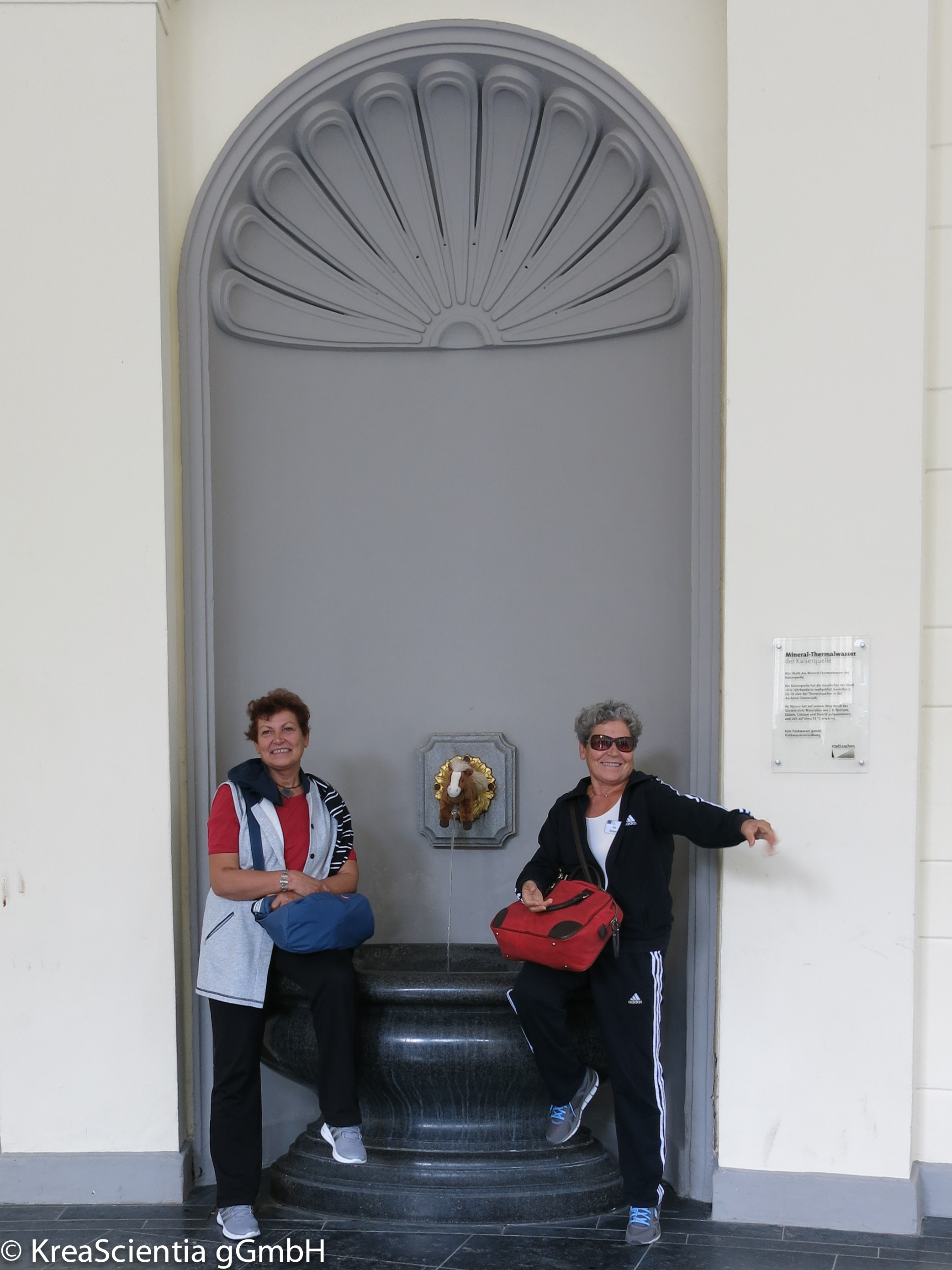